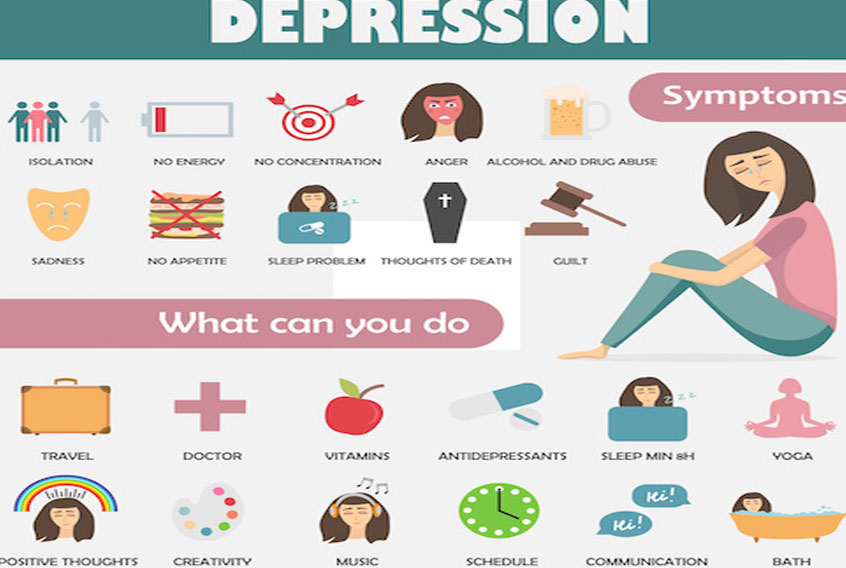 “This study adds new understanding by addressing the question of interest to most people and to clinicians: If my depressive symptoms get better, will my stroke risk go down? Our findings also give insight into what type of mechanism could link depression and stroke and suggest that pathways involving slow accumulation of stroke risk over years may be involved,” she explained.

The study was published online May 13 in the Journal of the American Heart Association.

Investigators examined changes in depressive symptoms and incidence of first stroke in 16,178 adults aged 50 years and older from the Health and Retirement Study. As part of the study, participants were interviewed about depressive symptoms, history of stroke, and stroke risk factors every 2 years between 1998 to 2010. The researchers examined whether depressive symptom patterns over two consecutive interviews (4 years) predicted incident stroke.

A total of 1192 first strokes were documented during the 12-year period. Compared with adults without depression at either interview, those with high depressive symptoms (score ≥3 on an eight- item version of the Center for Epidemiologic Studies Depression Scale) at two consecutive interviews were more than twice as likely to have a first stroke. Those who had depressive symptoms at the first interview but not the second had a 66% higher stroke risk.

“These findings suggest that the stroke risk associated with depressive symptoms is unlikely to be completely eliminated in the short term, even with successful treatment of depression,” investigators write.

“Because this is the first study looking at depressive symptom changes this way, we need replication of findings in independent samples and with people of different age groups and with people whose symptoms went away for different reasons,” Dr Gilsanz told Medscape Medical News. “The surprising results that people have elevated risk of stroke even when their symptoms of depression get better make such replications even more urgent.”

For now, “clinicians should seek to identify and treat depressive symptoms as early as possible relative to their onset, before adverse consequences begin to accumulate,” the investigators advise.

Commenting on the findings for Medscape Medical News, Philip Gorelick, MD, professor of translational science and molecular medicine, Michigan State University, and medical director of the Hauenstein Neuroscience Center, in Grand Rapids, said the study’s main findings “remind us that depression is a risk for incident stroke and provide new information that with remission of depressive symptoms, there remains residual stroke risk.”

“Depression is common in the population at large but is not a well-recognized risk factor for stroke. Persons with depression may be more prone to have hypertension and atherosclerosis, atrial fibrillation, smoke, be less physically active, and have increased inflammatory responses, all risks for stroke,” said Dr Gorelick.

“A key message, therefore, is that depression places one at risk of stroke, and screening for depression may prove useful for identifying patients at risk of stroke and who may need carefully thought out cardiovascular risk factor modification. Because the study is an observational one, it is unclear precisely what role treatment for depression plays in relation to stroke risk. Additional study is needed to clarify the mechanism of stroke associated with depression and how this risk may be modified,” Dr Gorelick said.

The study had no commercial funding. The authors and Dr Gorelick have disclosed no relevant financial relationships.